Return to Our LEJOG STORY

The legend of The Copperboot of Destiny

The Legend of  “The Copper Boot of Destiny”.

The journey of “The Copper Boot of Destiny” through history is lost in time. All we know that it was “discovered” by an intrepid group of cyclists in a pub in Devon sometime around the turn of the Millennium – we think it was the White Hart at Woodbury but it had been a long day! – For the following few years it became an ever present enthusiastic member of our journeys  by bike and micro scooter with the climax being its successful End to End journey from Lands End to John O’Groats by cycle in 2003.

It has now retired to the Lounge bar at the White Hart in Woodbury in Devon and can still be seen to this day hanging quietly beside the open fire. 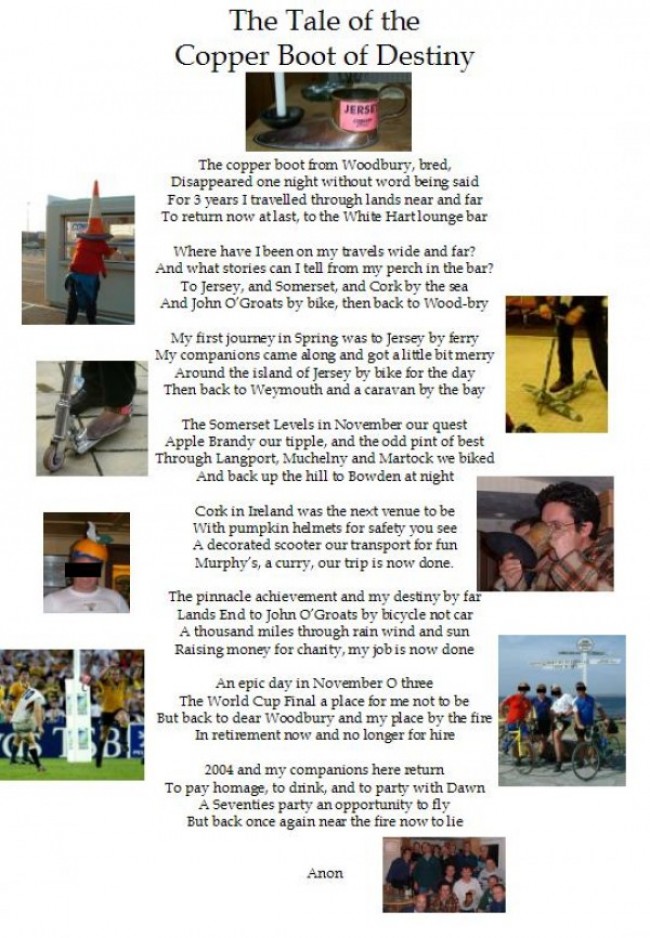 The Tale of the Copper Boot of Destiny

Permanent link to this article: https://79.170.40.239/pewseys.co.uk/our-lejog-story/the-legend-of-the-copperboot-of-destiny/